Our hair stands in awe of the Most High, the creator of all creation. The sunbeams of the golden fleece that raptures our skins (no matter the hue) and the heat crystalize the tones in wooly hair. What a fabulous creation we are.
In his book, “The Chemical Key to Black Greatness” American Biochemist, Carol Barnes, described melanin as, “a civilizing chemical that acts as a sedative to help keep the black human calm, relaxed, caring, creative, energetic and civilized.” Research also revealed that melanin enables black skin to actively interact with the sun, to produce Vitamin D from a biochemical substance, 7- dehydrocholesterol. The study also detected that melanin has spiritual dynamics as well as physical since it acts as a sensory ‘receptor’ and ‘transmitter’; communicating with cosmic energy fields in the vast universe converting light energy to sound energy and back. Dr. Richard King, MD, stated that “melanin, by its ability to capture light and hold it in a memory mode, reveals that blackness converts light into knowledge.”

Melanin refines the nervous system in such a way that messages from the brain reach other areas of the body most rapidly in dark people, the primary race. The abundance of melanin in our skin gives us genetic inferiority. We are physically stronger. Mentally more sound. Spiritually more connected.

Wooly hair is the tree that points to the heavens.
His head and his hairs were white like wool, as white as snow; and his eyes were as a flame of fire; Revelation 1:14 KJV.

Our roots run long straight to the sky. Wooly hair can withstand heat at high temperatures.
‘Although there are no biochemical differences among black, Caucasian, and Asian hair types, there are differences in the hair morphology (8). Black hair appears elliptical or flattened in cross-section, whereas Caucasian hair is oval, and Asian hair round. The follicle of black hair is curved, in contrast to a straight follicle in Caucasians and Asians.’ – Callender, V. D., McMichael, A. J. and Cohen, G. F. (2004), Medical and surgical therapies for alopecias in black women. Dermatologic Therapy, 17: 164–176. doi:10.1111/j.1396-0296.2004.04017.x

Khumalo NP, Doe PT, Dawber PR, Ferguson DJP.What is healthy black African hair? A light and scanning electron microscopic study. J Am Acad Dermatol 2000: 43:814–820.
‘African hair is curly and frequently exhibits knots ‘However, increased evidence of wearing with some loss of the cuticular pattern was observed towards the tip of the nose in all 3 racial groups most extreme wearing, with complete loss of cuticular structure, was seen toward the tip of the hairs of the Caucasian subject with the most extended hair . However, the hair shafts of the African volunteers did exhibit structural damage with evidence of longitudinal fissures, resulting in the splitting of the hair shafts. The splitting was also associated with knot formation. Longitudinal cracks were not observed in the Caucasian or Asian hairs. It was also found that many of the black African hairs (approximately 40%) were fractured with no attached root.

‘The African hair shafts were enclosed by a well-preserved cuticle similar to that observed for the other racial groups. ‘The most significant feature was that the majority of the tips of the African hair had fractured ends …Similarly, the basal end also exhibited evidence of breakage in contrast to the Caucasian and Asian samples in which the majority of hairs had attached roots.’

‘From these observations, it could be proposed that any procedure that reduces knotting of hair and/or the need for combing would result in an increase in the length of the hair by reducing the incidence of breaks in the hair shafts.’

This eighteenth-century definition and conceptualization of African hair as ‘woolly’ intersected with slavery discourses which dehumanized the African body to justify its abject treatment. The Oxford English Dictionary indicates that this derogatory term signifying ‘the short, tightly-curled hair of Negroid peoples’ was first used in a runaway slave advertisement in 1697. This type of hair was also ascribed sexual connotations, according to Allan Peterkin, ‘frizzy’ hair was seen as ‘demonic, licentious, and public.’

In addition to these properties, the water content in African descent hair is slightly lower than in Caucasian hair, and the sebaceous glands often secrete a small amount of sebum, which has an uneven distribution along the shaft due to its spiral shape, leaving the hair with a dry appearance. M [17,20]

When we associate the term “Mixed Race Hair” we get a visual that it is wild, unruly, hard to tame hair. The curly, wavy, coiled or full-bodied curls, mostly the combination of different genetic factors that contributions to the texture of feel, the length, the volume, the plethora of different hair textures. the truth is mixed race hair has more ortho-cortical cells which make it less prone to breakage and damage then finely coiled hair from the scalp. However, the bottom strands are closer to the coily nature of an afro.

The following books and documentary series have all put their imprint on the Human Face and its dynamics. If you want to purchase a copy. Click on the photos below. 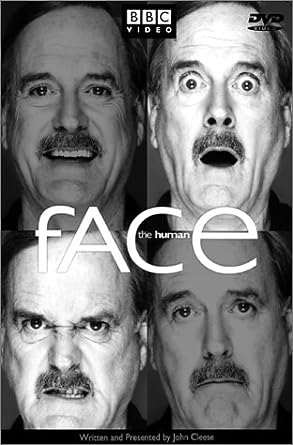